The Caleuche– According to the legend, this is a large ghost ship sailing the seas around Chiloe a small island off the coast of Chile. The ship appears as a beautiful and bright white sailing ship, with three masts of five sails each, always full of lights and with the sounds of a party on board, but quickly disappears again, leaving no evidence of its presence. The Caleuche is said to be helpful in a way when it finds other ships in distress. It helps them and leads them to safety. However, ocean ravelers that cause harm to the creatures in the seas in any way face the wrath of ‘El Caleuche’. 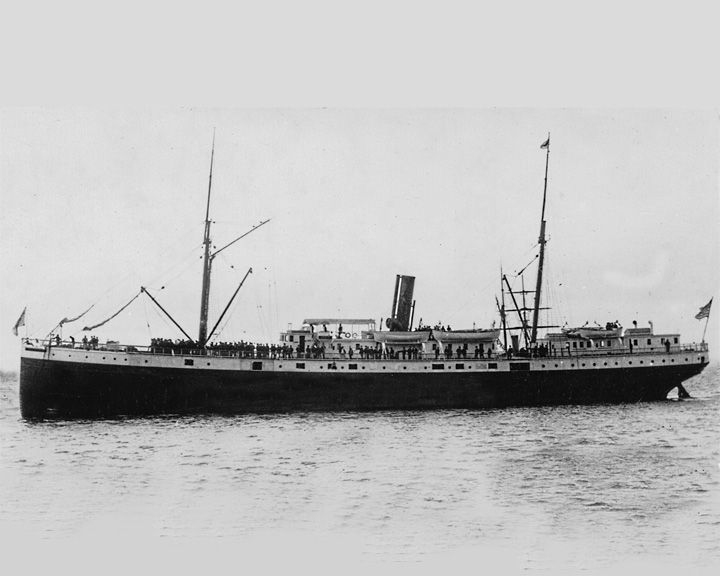 SS Valencia – This was an iron-hulled passenger steamer built as a minor ocean liner for service between Venezuela and New York City. In 1906 Valencia wrecked off Cape Beale, killing 100 people including all of the women and children aboard. Some classify this wreck as the worst maritime disaster in the ‘Graveyard of the Pacific’. Ever since the wreck, seamen sailing past the west coast of Vancouver Island where the Valencia broke apart have reported seeing the form of a ghost ship. Other legends states fishermen in the area for years have reported seeing lifeboats moving across the water manned by skeletons. 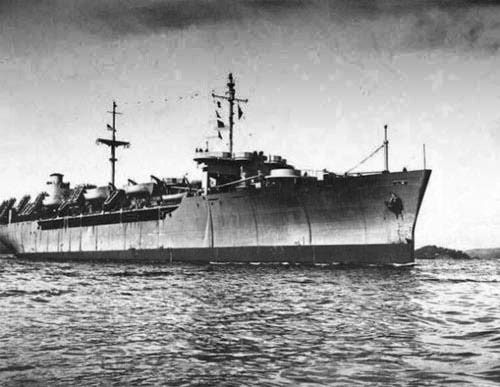 The Ourang Medan – According to the story at some point in or around June 1947, two American vessels picked up distress signals from the Dutch merchant ship. The signals included a message that the captain has died along with all the crew members, more scrabbled Morse code revealed the message and then there was nothing to be heard from the ship again. Soon after, the ship was observed to have exploded and sank. There are several theories that contribute to The Ourang Medan’s crew death such as unsecured hazardous materials cargo and carbon monoxide poisoning.

The Carroll A. Deering was a five-masted commercial schooner that was found run aground off Cape Hatteras in 1921. One of the most written-about maritime mysteries in history, with claims that it was a victim of the Bermuda Triangle. Also known as the ghost ship of the outer banks, this ship suffered a series of events leading to its demise from January 9th 1921 to January 31st where it was last seen. On the morning of the 31st, the Coast Guard discovered the foundered boat, ostensibly abandoned, life-boats missing. When the seas calmed four days later permitting the Coast Guard to reach the ship, abandonment was confirmed, crew, navigational equipment, belongings, and documents gone, but with a twist: dinner was on the stove and the captain’s cabin chaos.  A few months later, the ship was hauled from the rocks and dynamited to eliminate hazards to other ships. 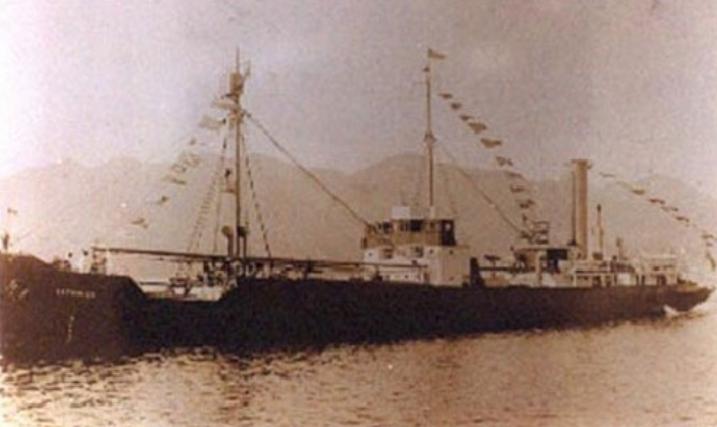 The SS Baychimo was a steel-hulled 1,322 ton cargo steamer built in 1914 in Sweden and owned by the Hudson’s Bay Company. The ship became a notable ghost ship along the Alaska coast, being abandoned in 1931 and seem numerous times since then until the last sighting in 1969. From October 1st through November 24th, Baychimo suffered a series of severe winter weather including ice and blizzards. The crew abandoned the ship after a powerful blizzard and the captain decided it must have sunk. Surprisingly, Baychimo did not sink and over the next few decades it was sighted numerous times. People managed to board her on several occasions but each time they were driven away by bad weather or the ship was unequipped. The fate of Baychimo is unknown, if it did indeed sink, the final resting place has yet to be found. 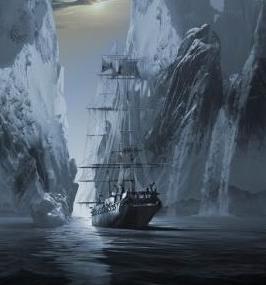 The Octavius was an apocryphal, 18th century ghost ship. According to the lore, the three-masted schooner was found west of Greenland in 1775. Boarded as a derelict, the five man boarding party found the entire crew of 28 below deck: dead, frozen, and almost perfectly preserved. The captains body was supposedly still at the table in his cabin, pen in hand, with the captains log in front of him. In the log, the last entry was from November 1762, which meant that the ship had been lost in the Artic for 13 years. As the log was frozen, it slipped from the binding, leaving only the last and first few pages in.

The Joyita was a merchant vessel from which 25 passengers and crew mysteriously disappeared in the South Pacific in 1955. It was found adrift in the South Pacific with no one aboard. The ship was in very poor condition, with corroded pipes and a radio which while functional, had a range of only about two miles because of faulty wiring. The extreme buoyancy of the ship made it nearly impossible to sink. There was a distress signal reported from October 6th. From the 6th through the 12th, a search and rescue mission was launched in an area of about 100,000 sq miles but no sign of the Joyita nor any of the passengers or crew was found. 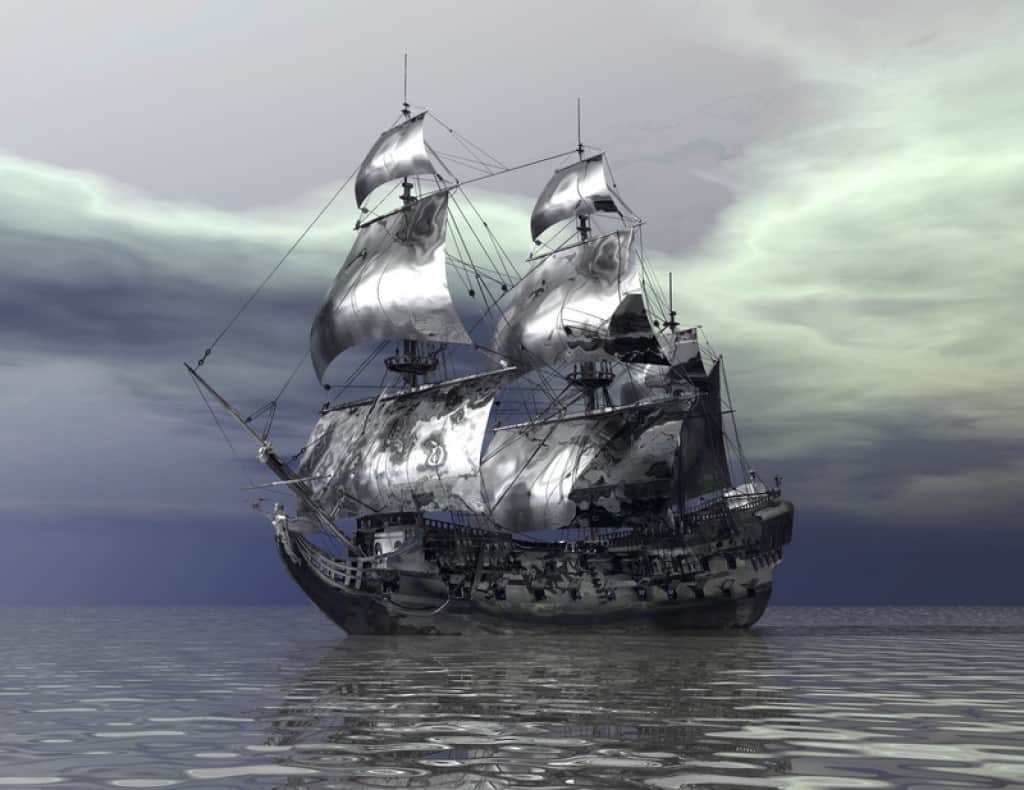 The Lady Lovibond is the name given to the legendary schooner that is alleged to have been wrecked on the Goodwin Sands off the Kent coast of South-east England on February 13th in 1748 and is said to reappear every fifty years as a ghost ship. The captain was just married and decided to take his wife on board the ship to celebrate despite the superstition that it was bad luck to bring a woman on board. The story goes that the first mate in a rage of jealousy casually drew a heavy club like belaying pin from the rail, walked up behind the crew member at the wheel and felled him to the deck with a crushing blow. The first mate then seized the wheel and steered the ship into the treacherous Goodwin Sands, killing everyone aboard. There was a sighting reported on 1798 by at least two ships, but none in 1998.